From prioritizing small businesses to enhancing digital capabilities, property and casualty insurers in personal and commercial lines have ambitious plans to strengthen their distribution. New research by Strategy Meets Action has found that while familiar distribution trends continue, carriers are also beginning to experiment more with new strategies, such as expanding partnerships with affinity groups. In this article, we’ll share some of our key findings.

Our survey of commercial lines executives revealed that four in five carriers have new plans underway for distribution, with less than 20% standing still. This is true for carriers focused on the small commercial segment as well as those serving mid-market and large accounts.

There are important plans to add new channels, expand business with other channels, and in some cases, even scale back the use of certain channel partners. Insurtech partnerships are already widespread and will continue to grow, but so will the use of independent agents, brokers, wholesalers, affinity relationships, and direct channels.

Part of what is driving these changes are the expectations of how distribution will change over the next five years. There are significant numbers of executives that believe the entry by big tech, insurtechs, and direct competitors will be a major force in the small commercial segment and even the mid/large markets.

A FOCUS ON SMALL BUSINESS & SPECIALIZATION

There are two trends pulling commercial lines insurers in opposite directions. The first trend is in simplifying insurance for small businesses, especially micro-businesses. Digital, easy-to-understand, rapid quote-bind-issue is the direction many carriers are headed.

On the other end of the spectrum, commercial lines carriers are moving toward more and more specialization, building deep expertise in specific industry segments, and creating the right set of coverages to address the unique risks of those customers.

The trend to simplify in the small commercial space draws carriers to partner with insurtech platforms, establish more affinity relationships, and consider direct models. The focus on specialization drives companies to seek distribution partners that have expertise in those spaces and relationships with customers in those segments.

Among personal lines insurers, many of the distribution trends we have seen in recent years persist—such as a focus on direct distribution, comparative rating, and straight-through processing (STP)—but our research has revealed several additional developments.

Finally, while MGAs have not been considered a significant channel for personal lines in the past, that may change as insurers create more new and customized products for consumers and seek access to preferred segments.

The independent agent (IA) market landscape is shifting dramatically through M&A and the role of platform agencies. Personal lines insurers are adjusting to the new realities of working with sophisticated distribution partners that have scale and advanced tech.

At the same time, many insurers are focused on appointing new IA partners rather than scaling back. Couple that with the enhanced tech capabilities provided to distribution partners and the increased connections with intermediary distribution platforms, and it is clear the independent channel will be a critical part of personal lines distribution for years to come.

In personal lines, the result of all this activity in channel strategies is a move toward more omnichannel capabilities, with carriers offering prospects, producers, and policyholders a variety of ways to interact. In five years, the channel environment is likely to be even more complicated, but it is unlikely that any one channel will dominate.

Meanwhile, for commercial lines insurers, there is plenty of room for the more modern, digital channel alternatives to flourish. Factor in the expanding size of the market, the potential to reach the uninsured and underinsured, and the emergence of new risks—and the result is opportunity for distribution through many channel options. 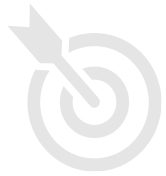